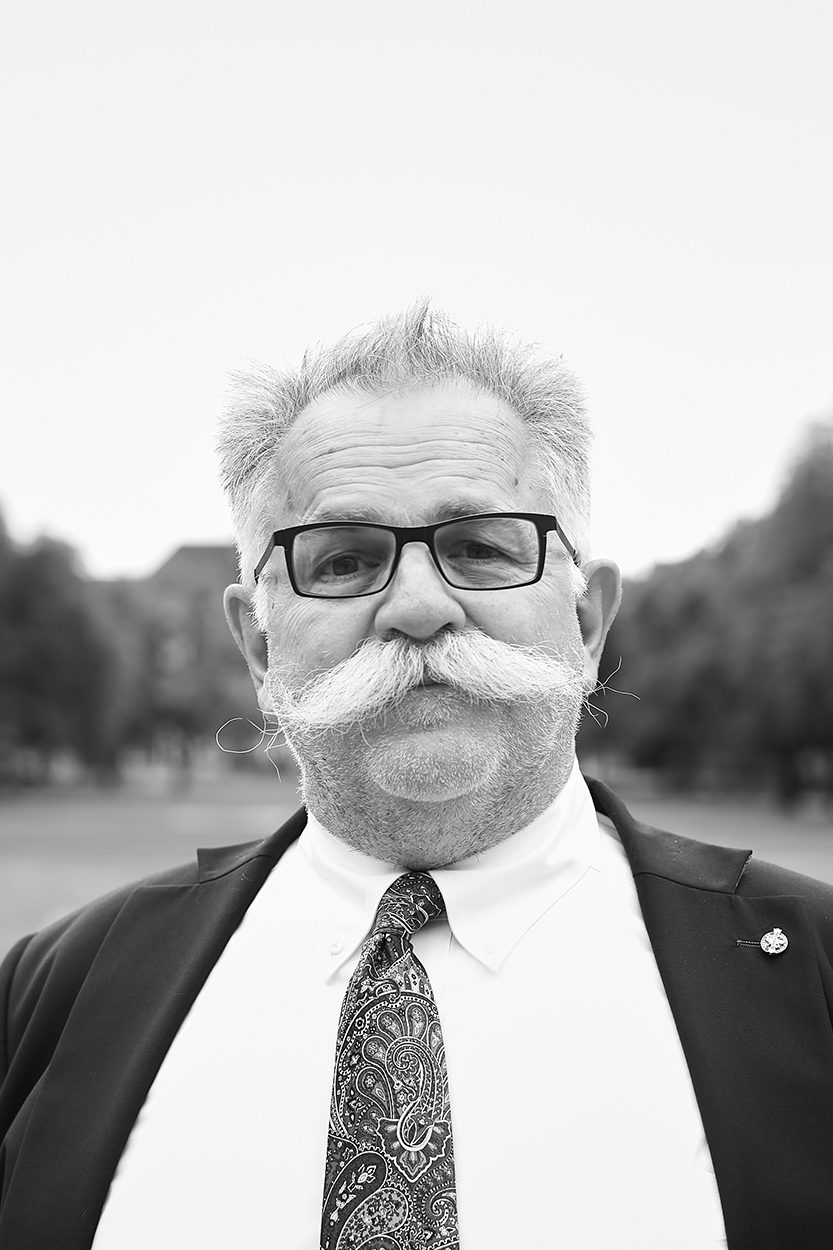 In 1980 Tom Bruno graduated from the University of Illinois School of Law, passed the bar exam, and opened his own criminal defense firm. In the decades that followed, Tom Bruno has built an unmatched reputation for success defending criminal cases in Central Illinois. He is now joined at Bruno Law Offices by his two sons, Anthony and Evan Bruno.

For many years, Tom has represented the Sixth Judicial Circuit in the Illinois State Bar Association’s governing assembly and has chaired several of its section councils.

Tom has spent a lifetime traveling all over the United States and the world. Rarely accused of taking himself too seriously, he is a Hall of Fame member of the World Famous Lawn Rangers of Amazing Arcola, Illinois, a precision lawnmower drill team. Tom is also proud to be a regular blood donor, having donated more than 26 gallons of whole blood.

In addition to his two sons, he has a daughter, Annie, who is a licensed social worker. Tom lives in Champaign, Illinois, with his wife Beth and their Labrador retriever, Lucie.