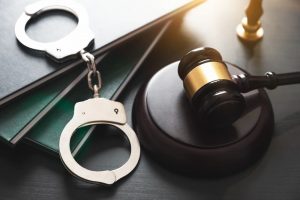 Being charged with a crime is scary and throws your life into a storm of uncertainty. What’s going to happen? What will your future look like? Will you lose your freedom? All these questions are probably swirling through your mind.

The risk of losing your liberty is high, and we understand how much this is likely to worry you. The criminal defense attorneys of Bruno Law Offices have over four decades of experience defending our clients against criminal charges. We’ve helped many of our clients beat their charges, reduce their charges, or minimize their penalties. We’re 100 percent dedicated to fighting vigorously in our defense of our accused clients to try to reach the most favorable outcome in their cases.

Call Bruno Law Offices today at (217) 328-6000 to schedule a free consultation to discuss your charges with our Tolono criminal defense attorneys.

The criminal defense attorneys at Bruno Law Offices represent those who have been accused of serious crimes. Whether you’ve been charged with a misdemeanor or felony offense, are facing days in jail, years in prison, or the death penalty, we can help protect your rights and provide you with the high-quality legal representation that you need.

We represent those who are charged with the following:

Additionally, we represent clients if they’ve been summoned for a police interview, charged with perjury or obstruction, or resisting arrest. We also defend international students and other international visitors who have been charged with crimes in the state.

We empathize with how fearful you must feel right now after being charged with a crime. Our experienced criminal defense attorneys will mount a vigorous defense against your charges to protect your rights and liberty. Call Bruno Law Offices right now at (217) 328-6000 to discuss how we can help you with your case and support you through this turbulent time. Your initial consultation is free.