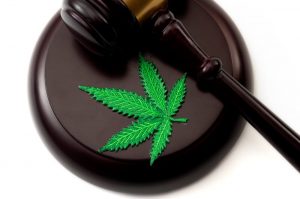 You’ve been charged with a drug crime, and you’re scared about what comes next.

Drug offenses are taken very seriously across the United States. The state of Illinois falls in line with many other states that penalize drug offenses, such as marijuana possession, harshly. When it comes to marijuana possession and use, however, criminalization of the drug is controversial. In some states, marijuana is legal for recreational use. In other states, marijuana isn’t legalized but some of those states have exceptions for medicinal use.

There has been increasing research that shows the benefits of marijuana use for certain diseases and medical conditions. Among the medical diseases for which marijuana can be beneficial is Alzheimer’s disease.

Maybe you’ve been using marijuana to help with your Alzheimer’s disease. Unfortunately, you’ve recently been charged with marijuana possession because you were caught by law enforcement with marijuana on your person. You need an experienced defense attorney who can defend you against these charges. At Bruno Law Offices, our Champaign marijuana possession defense lawyers can craft the best legal strategy based on your use of marijuana for your Alzheimer’s disease.  We’ll fight as hard as we can to help you reach a favorable outcome in your case.

To schedule a consultation to discuss your charges, call the Champaign marijuana possession defense lawyers of Bruno Law Offices at (217) 328-6000 or contact us online.

The Benefits of Marijuana for Treating Alzheimer’s Disease

For decades, marijuana was illegal in Illinois, as it was in every state across the nation. Following the legalization of marijuana in states like Washington and Colorado, Illinois passed the Compassionate Use of Medical Cannabis Program Act in 2013. This legalized the use of marijuana for certain “debilitating” medical conditions which include “agitation of” Alzheimer’s disease. As long as you have a valid medical card, you could visit a dispensary in Illinois and purchase cannabis or cannabis-containing products.

The serious penalties for a marijuana possession conviction are the reason why you can’t take your charge lightly nor leave your defense up to a novice attorney. Our decades of experience in defending our clients against this exact charge would be a huge benefit to you. 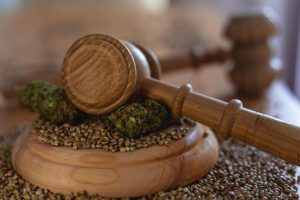 Have you been charged with marijuana possession even though you were only in possession of the drug because its use helps with your Alzheimer’s disease? You need a defense lawyer who is compassionate and understands the nature of the disease that you’re battling and has the legal experience to help you fight this charge. The Bruno Law Offices Champaign marijuana possession lawyers are who you need in your corner.

Our criminal defense lawyers have been defending the rights of the accused for over 40 years. We’ve helped those who have been charged with drug offenses beat their charges or reduce their sentences. To discuss how we can defend you against your marijuana possession charge, call us immediately at (217) 328-6000 or contact us online.