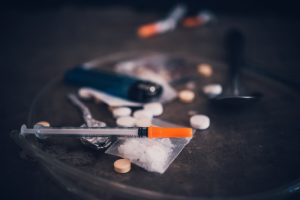 This begs the question, what qualifies as drug paraphernalia? That’s what we wanted to write about today, so keep reading to learn more.

According to the Illinois Drug Paraphernalia Control Act, the term “drug paraphernalia” refers to any equipment, materials, or products used or intended to be used to plant, cultivate, grow, harvest, manufacture, package, prepare, test, store, contain, or conceal a controlled substance. It also includes devices that could be used by someone to ingest, inhale, inject, or otherwise use a controlled substance. There are also two separate definitions of drug paraphernalia that are specific to methamphetamine and cannabis, which can be found in the Methamphetamine Control and Community Protection Act and Cannabis Regulation and Tax Act, respectively.

Practically speaking, drug paraphernalia includes but is not limited to things like:

Finally, the Drug Paraphernalia Control Act includes a catch-call clause stating that anything that is described or announced by its seller for a use that violates the Act can be considered drug paraphernalia.

Penalties for Possession of Drug Paraphernalia 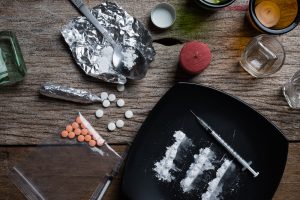 Under Illinois law, possession of drug paraphernalia is a Class A misdemeanor. Potential penalties include a minimum $750 fine, though the fine could go as high as $2,500. You could also face up to 364 days in jail.

A possession of drug paraphernalia is a serious issue, though it may not seem like it. Contact the Champaign drug crime lawyers of Bruno Law Offices right away if you need a criminal defense lawyer. You can reach us at (217) 328-6000 or by visiting our contact page.