If you have been arrested, it’s important to know whether you will be charged in state court or federal court. Usually, the local police departments and Sheriff’s offices handle state charges and other crimes are investigated by federal agencies such as the FBI and DEA.

However, there are cases where you may be arrested by local law enforcement but charged in federal court. It’s important to understand the differences and to be represented by a criminal defense attorney who is experienced and skilled so they can protect your rights and defend your freedom.

Whether you are charged and tried in federal court or state court will depend on the law that was broken. Typically, federal laws are linked to a federal issue or national interest. If you are charged by the state, your case will be held in circuit court, investigated by the local or state police, and prosecuted by the state prosecuting attorney’s office.

There are three levels in the state court system in Illinois. Most criminal offenses are tried within the Circuit Court, which is divided into 23 judicial circuits in Illinois. These are also known as trial courts where civil and criminal cases are heard. Circuit judges are elected for a six-year term and must run for reelection every six years.

If you are tried in federal court, your case will be investigated by one of the federal agencies such as the FBI, DEA, or ATF. The case will be prosecuted by U.S. attorneys and heard by a judge that was appointed by the president and confirmed by the Senate.

It’s important to note that the Constitution prohibits a person from being tried twice for the same crime, also called double jeopardy. However, there is a separate sovereign exception that allows for concurrent jurisdiction.

Additionally, the law allows for dual sovereignty to be applied for successive prosecution in two states for the same offense. However, while concurrent jurisdiction is allowed under the law, it is relatively rare. 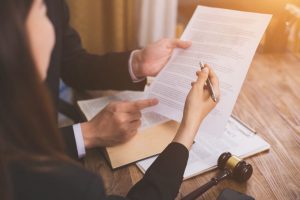 State criminal charges occur within Illinois boundaries and violate state laws that regulate behavior. While there are numerous criminal charges that can be brought, the charges can include domestic violence, drug crimes, driving under the influence, burglary, and murder.

Title 18 of the U.S. Code lists hundreds of federal criminal charges. Typically, federal laws address Federal interests, such as crimes on federal property, tax fraud, or those that involve crossing state lines. For this reason, there are fewer criminal cases prosecuted in federal court than in state court. Some of the more common federal crimes include

The penalties for state-level and federal-level crimes vary widely and depend on several factors. These include the details of the case, the charge, whether there were aggravating circumstances, and if the offender had any previous criminal convictions. Sentencing guidelines are established for both state and federal charges.

Usually, charges and sentencing at the state level have a lower potential for severe punishment than those at the federal level.

If you were charged with a crime, you want the best defense possible to protect your rights and defend your freedom. The Champaign-Urbana criminal defense attorneys of Bruno Law Offices have skills and experience representing clients in state and federal court.

You need an aggressive defense to maximize your chance of securing a desirable outcome. Our legal team was founded in 1980 and concentrates exclusively on serious criminal and DUI cases. We understand that we meet our clients during difficult times. So, our focus is on defending against serious charges and managing the crisis.

Your first consultation is always free. Contact our office today at (217) 328-6000 or online to schedule your free consultation. We are passionate about defending your rights and protecting your freedom.

What to Do if You Have Been Accused of Sexual Assault