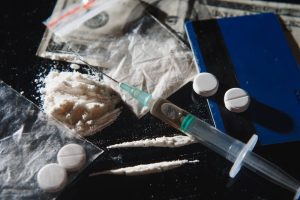 The state of Illinois is notorious for its toughness on drug crimes, and heroin possession carries particularly serious penalties. If you are convicted on charges of heroin possession, you will be seriously at risk of losing your rights or freedoms, possibly for years or even decades. The possession charges on your criminal record may seriously impair your ability to secure employment, and there may be many other grave consequences that will create a great deal of uncertainty for your future.

Given what is at stake, it is essential that you have as much clarity as possible about the implications of your heroin possession charges. Here are five things you need to know:

1. Heroin is Classed as a Schedule I Controlled Substance

Offenses for Schedule I substances carry the most severe drug charges. Schedule I drugs are substances that do not have any accepted medical uses, that are considered unsafe, and that carry a high potential for abuse. According to the Illinois Controlled Substances Act, it is illegal to possess any material that contains compounds found in heroin.

2. Penalties for Heroin Possession Vary Based on the Amount Seized

The punishment you are likely to face for having heroin seized from you will depend largely on the amount the authorities found in your possession. You can find a complete list of potential penalties in 720 ILCS 570/402. In brief, here is a list of penalties according to quantity:

In addition to whatever jail time or fines you incur, there will be further repercussions for your career and your education. A conviction for possession of heroin will create a permanent felony record. Often, these records cannot be expunged or sealed. The information will be available to all employers across the United States, not just in Illinois. Furthermore, students become ineligible for government student aid, grants, or loans for one year after their first conviction for drug possession.

3. There’s a Risk of the Addition of Distribution Charges

In many criminal cases in Illinois, those who are found to be in possession of large amounts of heroin may also be subject to drug distribution charges. Delivering even 0.5 grams of heroin has the potential to result in a minimum three-year sentence in prison. Distribution of just 16 grams is considered a Class X felony, the most serious charge in the Illinois criminal code, and can result in a 6–30-year prison sentence. If you are convicted of a Class X felony, there is no option of pleading for your penalties to be reduced to just probation.

The penalties you face will be substantially greater if you are found guilty of possession or distributing within 1500 feet of a school, public park, movie theater, or place of worship.

T4. he most common federal heroin crime is drug trafficking across state borders. These crimes generally include charges of distribution, manufacturing, or cultivating drugs in contravention of federal law. Federal crimes are almost always charged as felonies, and they nearly always carry higher fines and longer prison sentences than state crimes.

5. There Are Effective Defenses for Heroin Charges 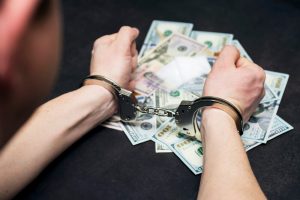 While heroin charges are among the most serious drug charges in Illinois, there is no need to feel that all hope is lost. An effective criminal defense attorney may be able to argue for your defense on one or more bases, including:

If you or someone you care about has been charged with heroin possession in Champaign, it is essential that you contact an experienced attorney as soon as possible. You are probably aware of how serious these charges and their consequences are, but with the Champaign heroin possession attorneys of Bruno Law Offices on your side, you can rest assured that you will have the guidance of skilled and knowledgeable legal professionals. We will inform you about all your legal options and will do everything we can to protect your interests and your liberty. Do not hesitate. Call us today at (217) 328-6000.